The aim is to establish a connection between the trade fair name Co-Reach, Co = community/cooperation/communication, and Reach, Reach = achieve. Reaching is understood here in a communicative sense as the sending of information.

As a journey of experience of the cross-media idea, Co-Reach asks, in the run-up to the fair, the question of how we will communicate in the year 2030 in analog and digital media. All responses are collected centrally by the trade fair company.

The idea of a community is essential for the communication of people in the future. Achieving something together and forming networks will play an increasingly important role in the future in a world of disintegrating family and professional structures.

The theme "Everyone wants to go to heaven" is to become the main attraction via a large cloud as a metaphorical implementation of a virtual cloud. Messages written by visitors on a touch screen can be projected virtually onto this cloud. Visitors can also use different monitors to react and communicate with each other via the cloud. The time structure of the communication is then direct, like with an e-mail or a chat. A large water tank beneath the cloud embodies the concept of a message in a bottle from the trade fair pre-film entitled "There's a message in a bottle for you on the Net". As a further means of communication, messages in a bottle are written by visitors. This message in a bottle will then be sent back to the water tank to embark on its journey and can be read by someone else by chance or serves as a giveaway. 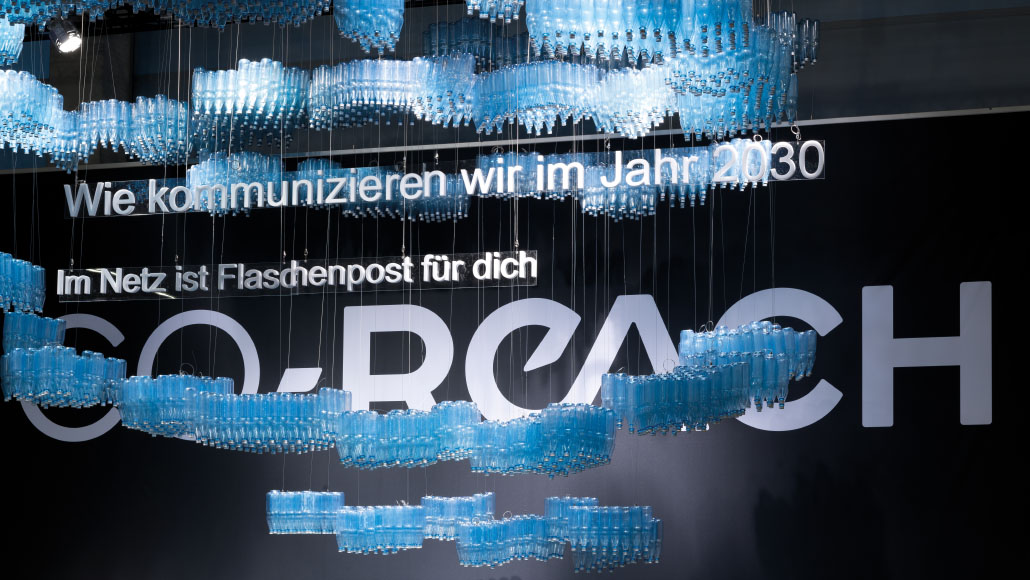 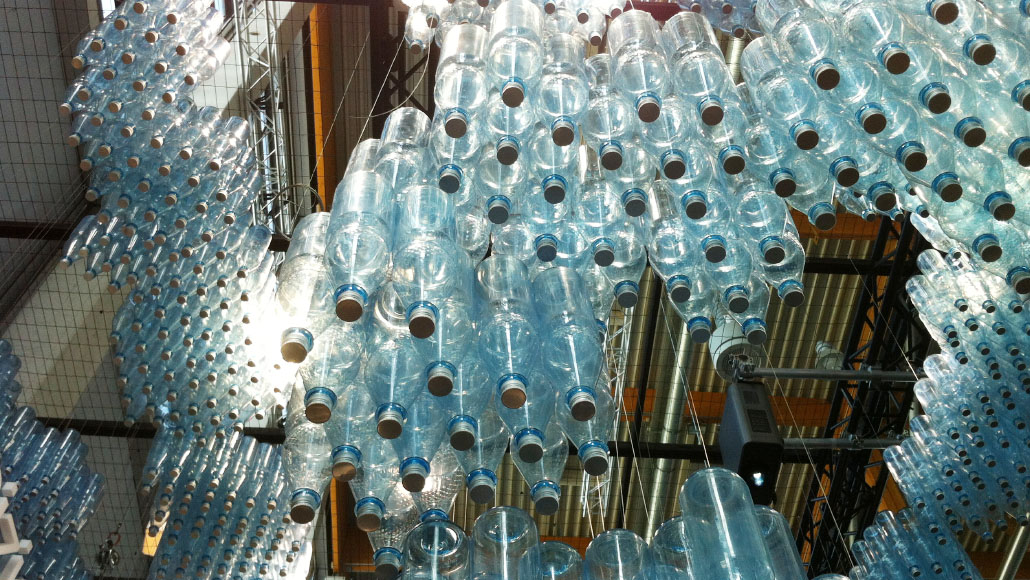 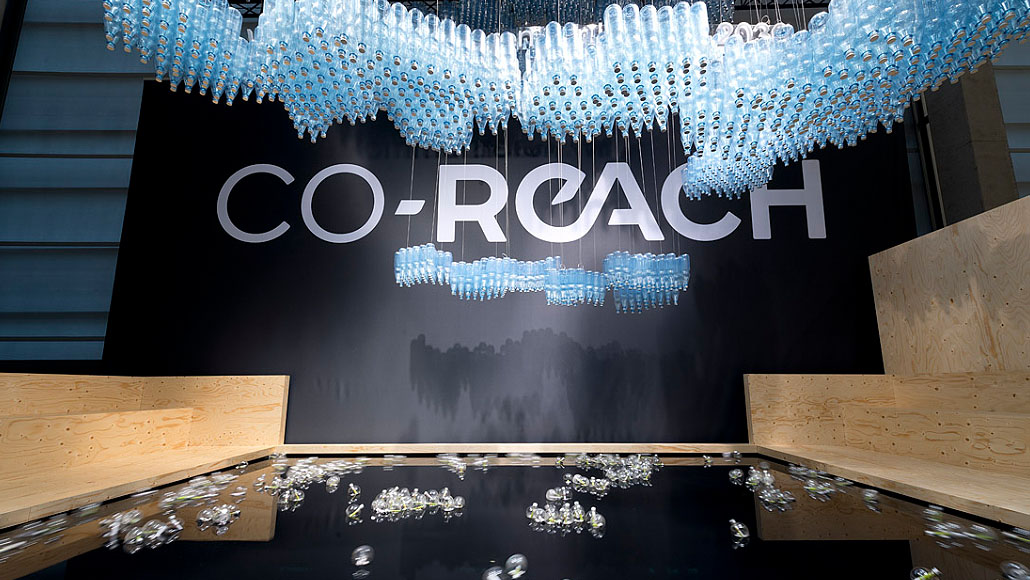