Space
Freedom for your individual event 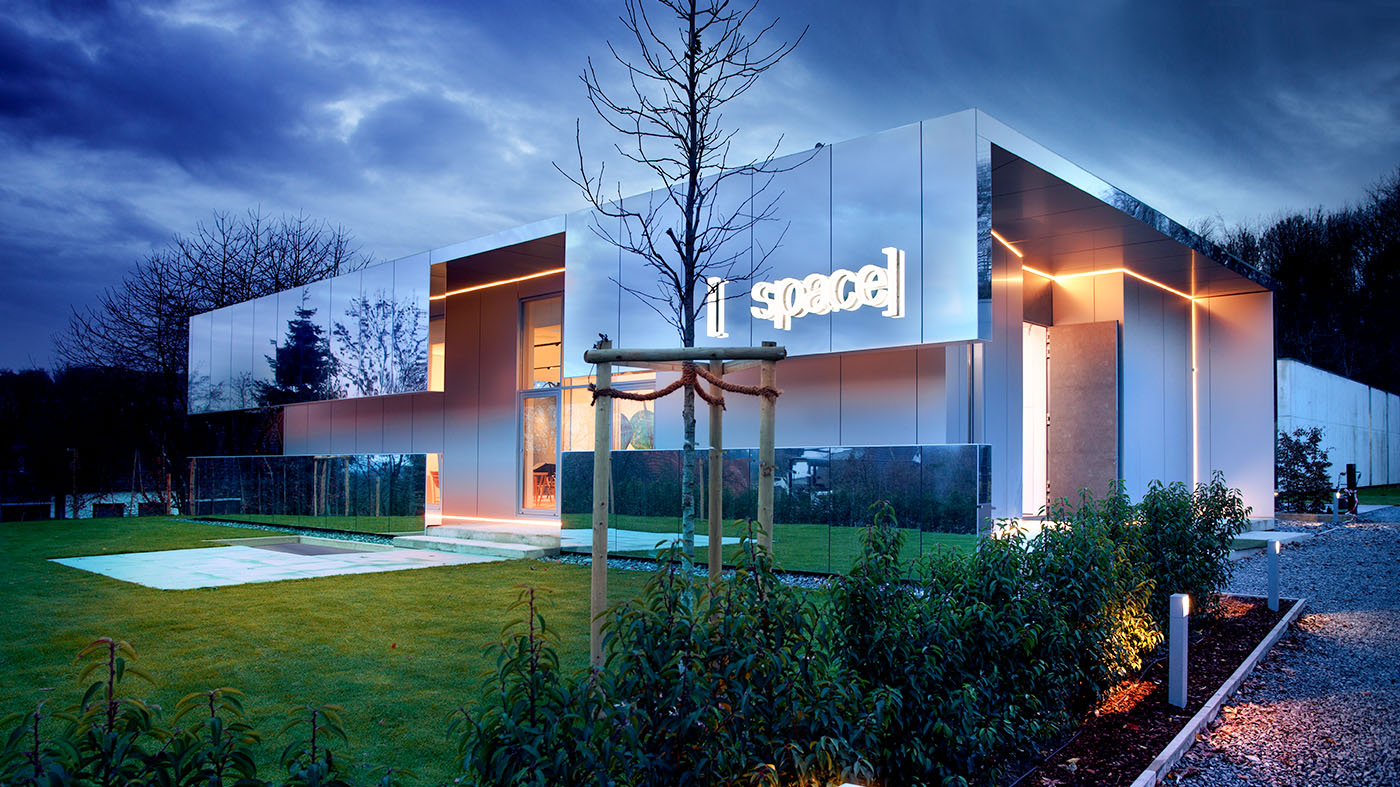 Freedom for your individual event

Whatever you personally associate with space, you will find in the new Space.
Fascinating architecture. Modern design. Latest media technology.

Space, that's 200 square meters of space on the lush southern heights of Wuppertal, that stands for free thinking and unlimited experimentation. A space for multi-functional applications such as presentations, meetings, workshops and photo shoots. A space that lets ideas and thoughts wander freely.

The Space is conveniently located between the A46, A535 and A1 motorways in the heart of the Gelpetal nature reserve.

The outer shell of the building is fully clad in mirrors. The surface consists of Refect 405 Alucobond from Thyssen Krupp. The garden with its water feature and lounge area is reflected in it, creating a camouflaged effect. The building thus becomes part of the landscape and takes a step back as an object behind the reflection. It becomes an element consisting of sky, weather and light. Its effect is completely bordered by the Ueberholz building behind it. The office building is made of concrete, but at the same time merges with it to form a unit through the reflection.

The inner part of the building, which is covered in a matte finish, looks as if it has been pushed into the mirrored casing by a light bolt. The surrounding LED backlighting makes the entire object seem to float. On the east side, a pergola offers up additional open spaces.

One concept, open for everything. 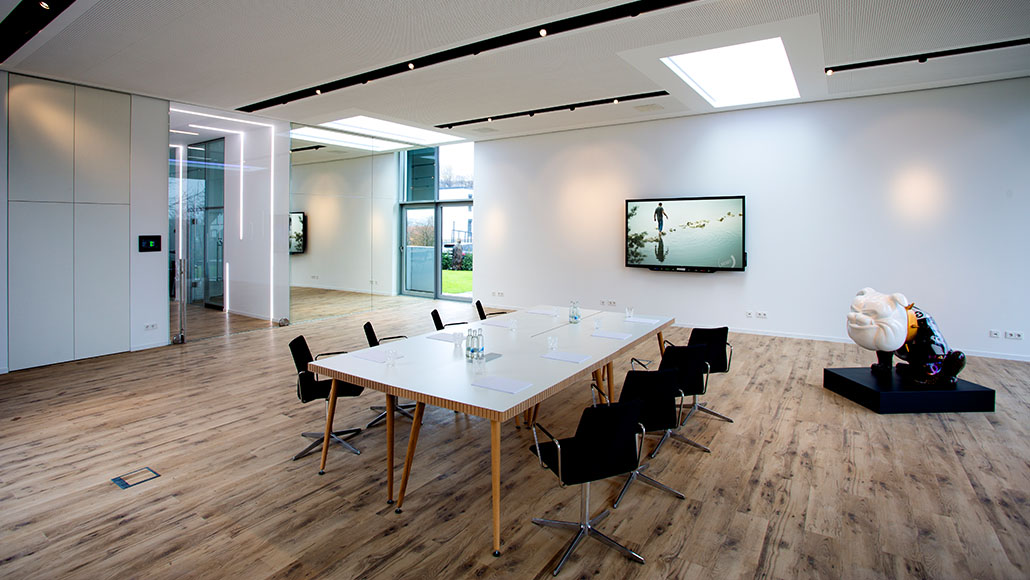 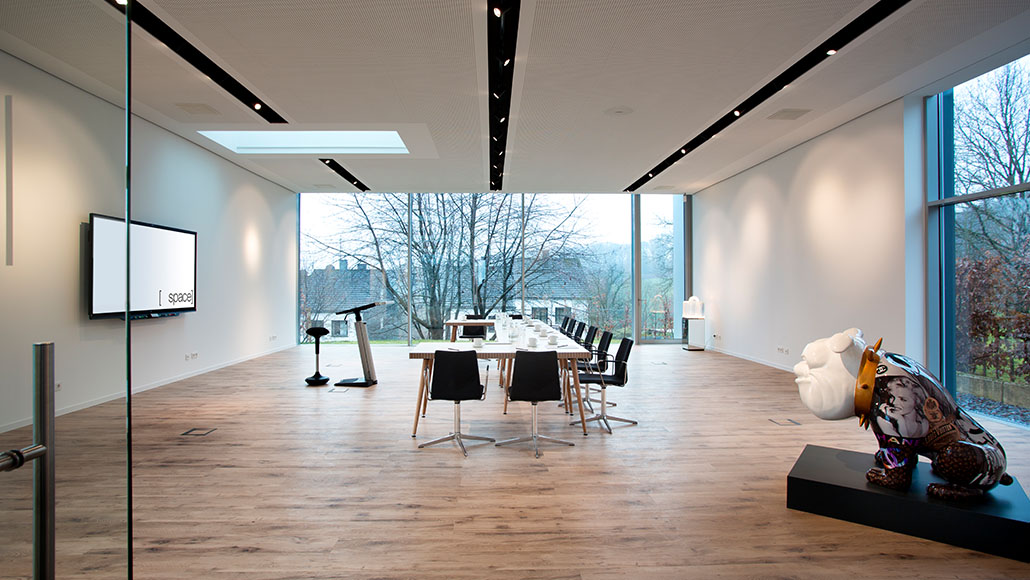 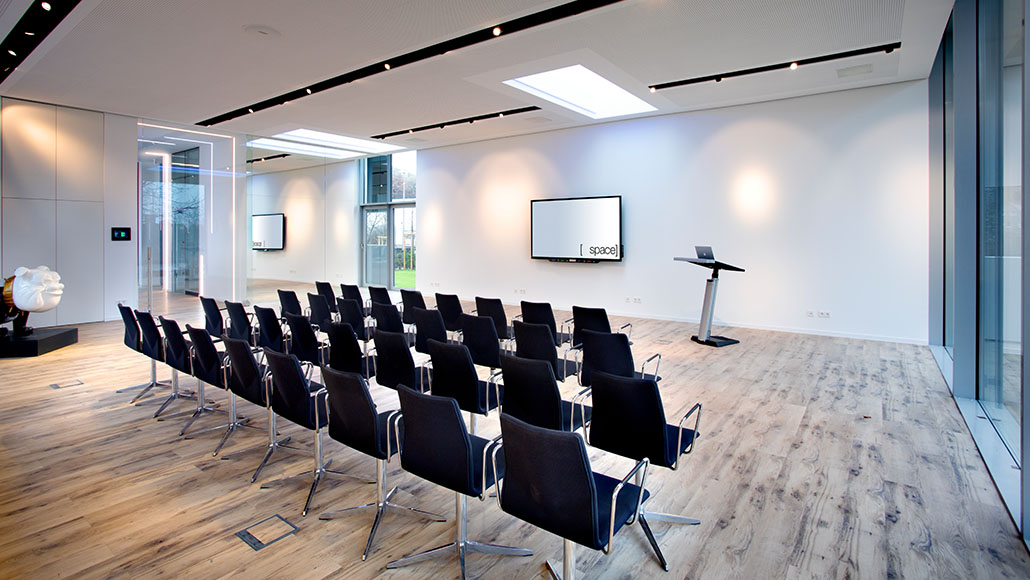 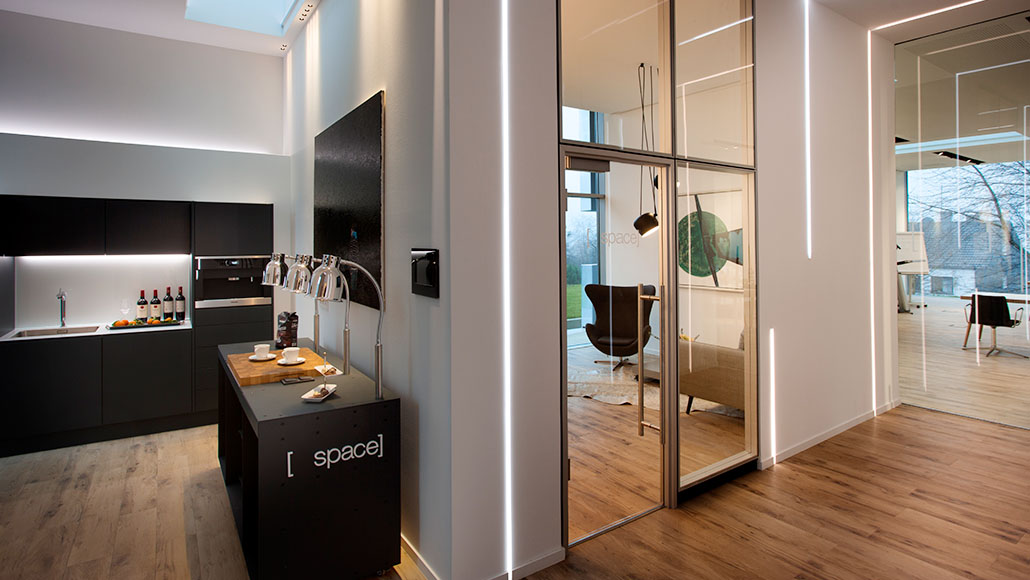 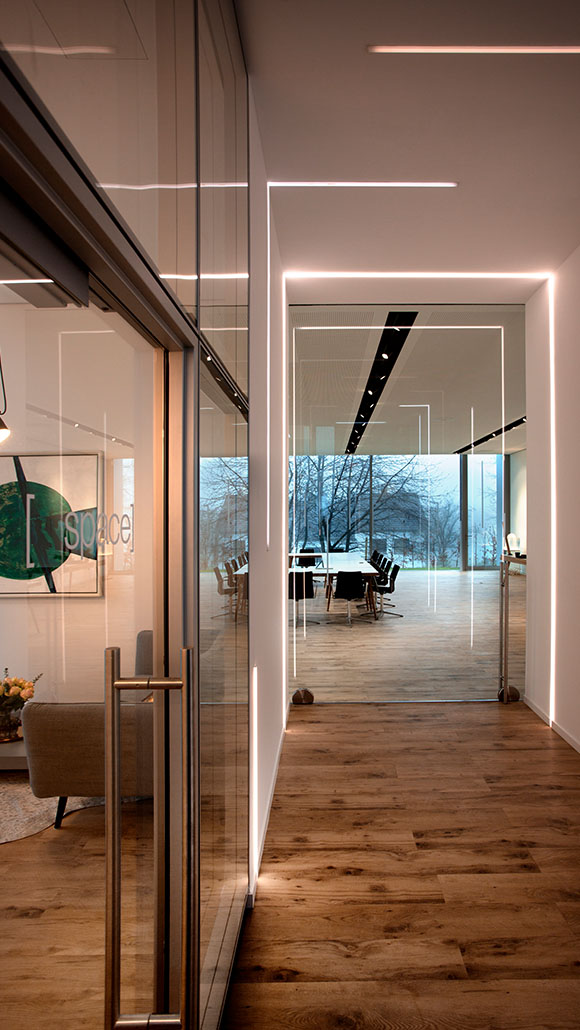 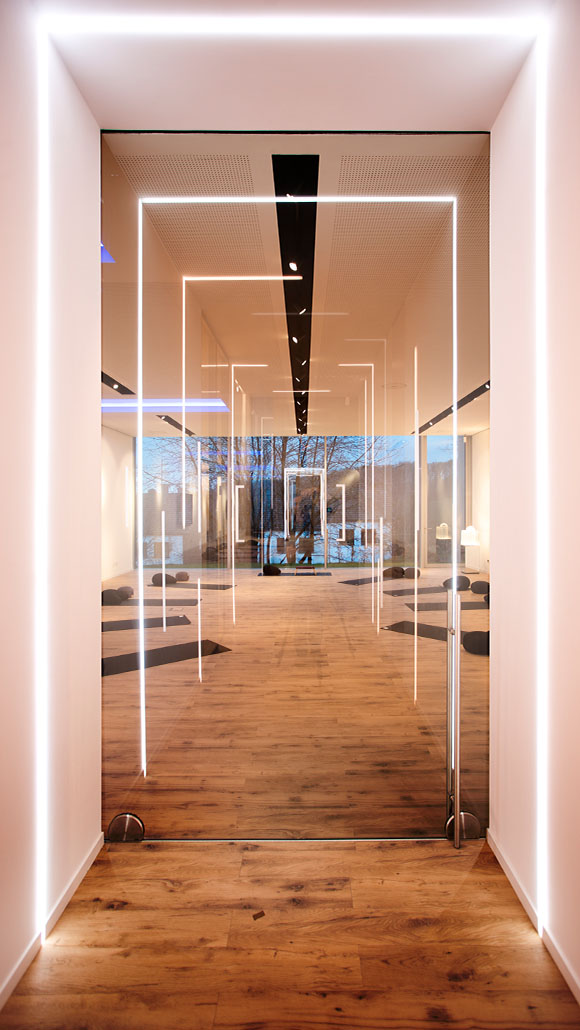 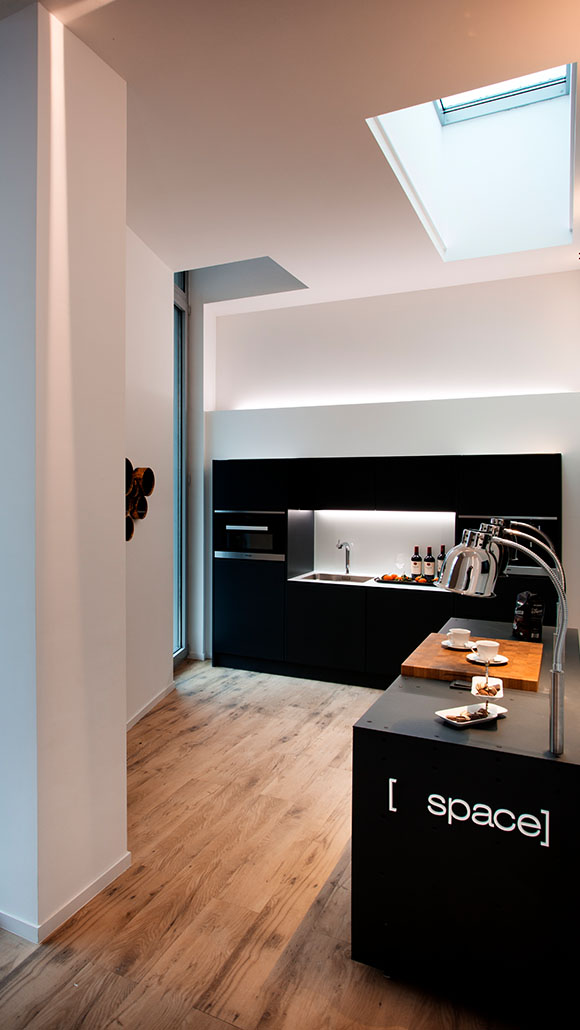